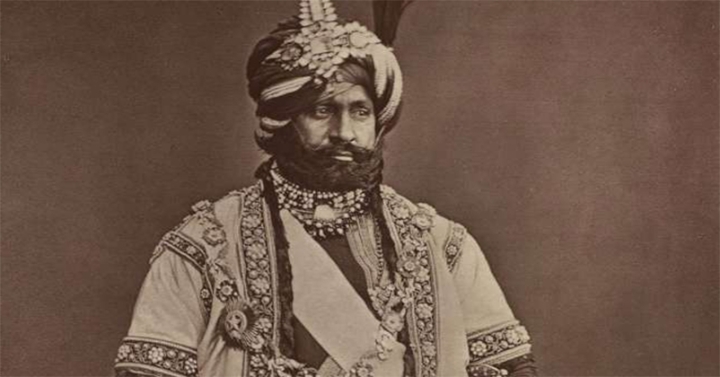 Brief summary of the conflict:

The current Kashmir conflict between India and Pakistan has origins that date back to the partition of 1947. The period subsequent to the partition contributed largely to ethnic and diplomatic tensions around the country. One such conflict was between Karachi and New Delhi over the princely state of Jammu and Kashmir.

The then administrator of Jammu and Kashmir was Maharaja Hari Singh. The dispute over Jammu and Kashmir originally arose due to the fact that Hari Singh was a Hindu Ruler of a predominantly Muslim majority state. Additionally, post partition, Hari Singh was committed to the cause of ensuring Kashmir was an independent province, acceding control of the region to neither India nor Pakistan.

The British exit from the Indian Subcontinent post partition was officiated legally by the Indian Independence Act of 1947. In an attempt to ensure minimal conflict between India and Pakistan and the smooth transfer of power between the countries, the — British Government created a Standstill Agreement. To quote, the agreement essentially stated that “all the administrative arrangements that existed between the British crown and the princely state would continue unaltered between India and Pakistan until new arrangements were made”.

The dogras and the Sheikh Abdullah-

In the year 1846, a treaty was ratified by the then ruler of the Dogra Dynasty and the East India company. Maharaja Gulab Singh, the ruler paid a large sum of money to take control of Kashmir to make it a part of Jammu, a region which he was already under his control.

The administration of the Dogras was considered harsh for the most part, and discriminative on the basis of religion. This discrimination was the basis of 3 rebellions that occurred during the rule of the dynasty in 1865, 1924 and 1931. Despite the fact that the 1865 and 1924 rebellions resulted in several deaths, the most notable of the three rebellions was in 1931 as the rebellion was spearheaded by the Srinagar Reading Room Party, a group of “Left wing Muslim intellectuals”. This rebellion marked the first major step towards the weakening of the dogra dynasty. According to the Birth of the Tragedy 1947, a book by the prolific author Alistair Lamb, this rebellion also paved the way for the upcoming Muslim conference led by Sheikh Mohammed Abdullah.

In the years that followed, Mohammed Abdullah established himself as a force to reckon with in the region. He grew largely influential and had a mass appeal that soon threatened the administration of the last ruling Dogra Maharaja, Maharaja Hari Singh. Between 1932 and 1940, the Sheikh was arrested several times by the Maharaja, causing widespread anguish and tensions in the region.

The British departure from India had two major impacts on Jammu and Kashmir.

The first of these impacts was that the Maharaja had lost his guarantor, the British, who could not come to his aid to quell any uprising or aggression, as had happened in 1931.

Secondly, the Maharaja was unable to actively monitor the escalating tensions in Kashmir and firmly prevent any aggression along the borders. A few days post the ratification of the standstill agreement, the Pakistani government began to put pressure on Maharaja Hari Singh to accede to Pakistan. A warning to the Maharaja from Pakistan went so far as to state, “Should Kashmir fail to join Pakistan, the gravest possible trouble will inevitably ensue.” On the other hand, India too began to increase the pressure on the maharaja. Stalwarts like Jawaharlal Nehru and Gandhi were particular about ensuring Kashmir’s accession to India. India’s desperation to encourage Kashmiri accession to India was exacerbated by the grim situation in the princely state of Hyderabad, where the Nizam had decided to join Pakistan.

Additionally, Kashmir’s unwillingness to negotiate with India on the terms of the standstill agreement caused the situation to stagnate and was perceived by Pakistan as a confirmation that Kashmir would become a part of Pakistani Territory

Summarising this situation aptly, Mohammad Ali Jinnah, as a part of his correspondence with his private secretary Khurshid Hasan Khurshid to Srinagar stated, “His highness was told that he is a sovereign that alone has power to give accession; that he need consult nobody; that he should not care about Sheikh Abdullah or National Conference…”